If you created a new project and get the error that some gems are not loaded when you run the Lumberyard Editor, don’t panic. You Don’t have to go back and rebuild your project again in the Command Prompt.

It’s a really simple solution you just need to find the correct “editor.exe” build folder for the engine.

During installation of Lumberyard. The Setup Assistant install shortcuts points the editor to visual studio 2015, which have been configuration for the sample projects. 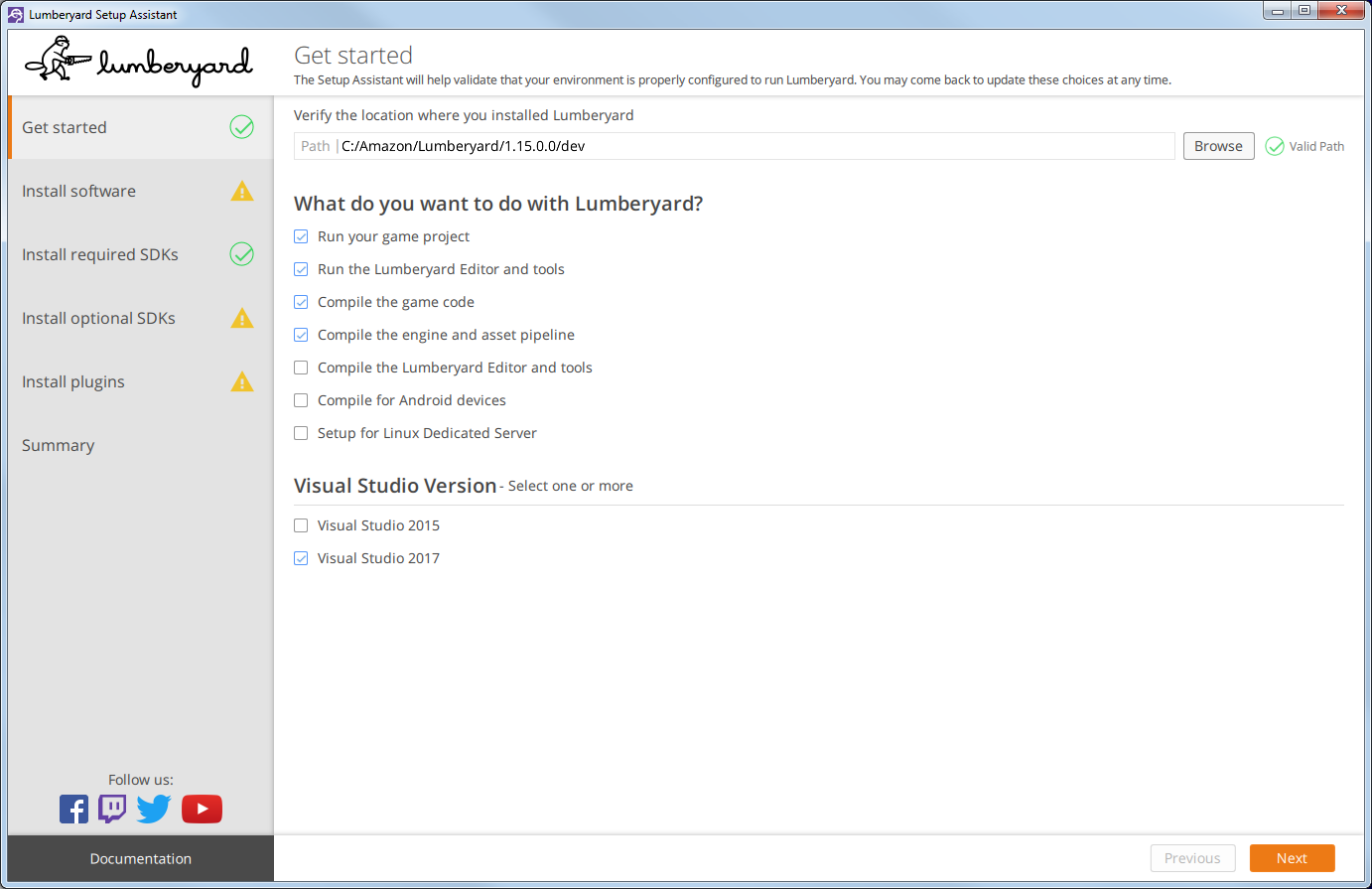 But if you have installed Visual Studio 2017 and configured it in the Setup of Lumberyard. The engine will create new projects and build based on that version of Visual Studio.

You will just need to located the “Editor.exe” in the correct build folder which is in the

Here is the directory where VS 2017 Editor is locates.

I hope the future releases of Lumberyard will have better selection and execution of the correct editor based on the IDE selected.