Today I saw bumblebee it’s was a great movie as it has a lot of charming feels to it and homage to the Transformers animated series that many fans grew up with its boxy style and 80s music.

Glad they started the movie in the time period of the 1980s where Cassets and records were still in fashion. The new bumblebee designs resembled more a bee and rounded edges similar to the beetle rather than the camero 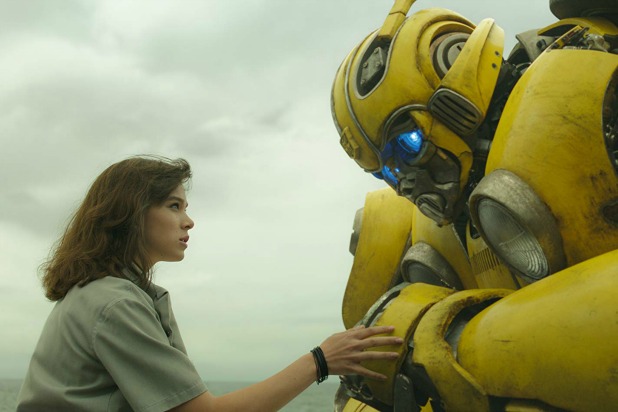 The film main protagonist is a young girl named Charlie and the whole movie is about her journey as a teenager finding her freedom by getting a car (Bumblebee) and dealing with her past of her dad’s passing.

I like that they cast a female lead with bumblebee it makes it more appealing to girls being able to see themselves as a leader in the movie and the side kick nerdy male character is not all that unmanly besides being a nerd he does goes out to ask Charlie on a date and help her along the way with bumblebee’s rescue.

The movie has a lot of ‘heart’ for a transformers movie, unlike the previous Bay films with all spectacle (Which is cool too!). I am glad that Travis Knight an animator got a shot at making a live action film it approaches with a difference way of presenting characters.

The CG was so toned down here in this movie and we got to see the full character of Bumble bee clearly in many shots. The ending links up nicely with the 1st bay Transformers film though I am unsure how they will answer some of those questions.

Leaving the theatre I feel lots more emotion with the film and want more of this story of Charlie and Bumblebee.