Thanks to Xbox game pass I got to play Jedi Fallen order by Respawn Entertainment. A good old single player focused game. 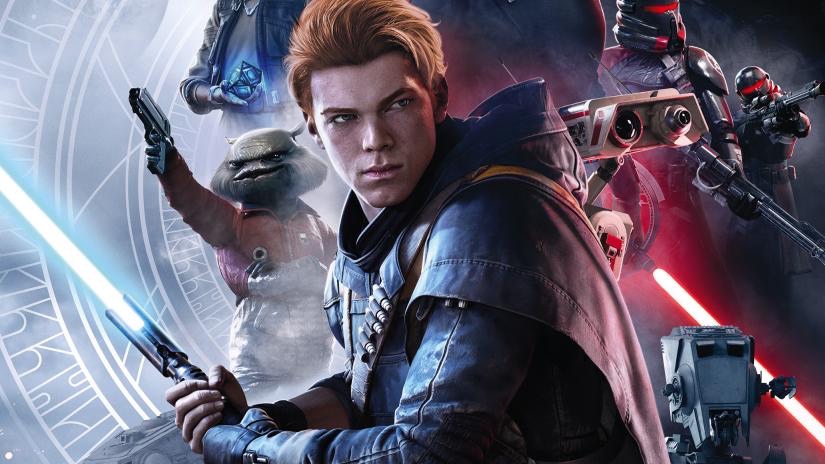 Watch the Twitch Replay as I fail to kill one of the mini bosses.

This game made by Respawn takes place in the pre- A new Hope Era. It adds more to the world of the Star Wars that George Lucas created.

The theme I think is finding Destiny and not running away. This is what I initially get when I played the opening mission with Cal saving his friend Pauf using the force. I assume the Rest of the story will tell of the “Master and apprentice” themes.

This was a little bit unusual in a game that is single player focused and not exactly canon to the luke skywalker saga but it expands on the extended universe of star wars through Cal’s Story. We never really heard of what happened to the Jedi during Order 66 and how some of them escaped or survived the purge.

This adds to the original trilogy between the prequel Episode 1-3 and Episode 4-6 which tells events in the Star Wars World beyond Luke and his family through other characters similar to Mandalorian. Tone wise it feels a lot like episode 4-5 where its more scrappy feel and a rag tag crew against odds from the Tyranical Empire bent on controlling the galaxy, I have not played through it a lot so far in the beinning I don’t hear much yet of the rebellion in the story.

Connecting through our world

There were some easter eggs in the game where if you used one of the star wars translator apps from galaxy edge you can decode some of the messages in the game. This is a good example of using our real world tech to connect it back into the game world. Where fans

There is some merch made such as Cal Light saber for purchase for fans at the disney theme parks. You can see the rest of the lightsabers from the game in the imgur gallery here.